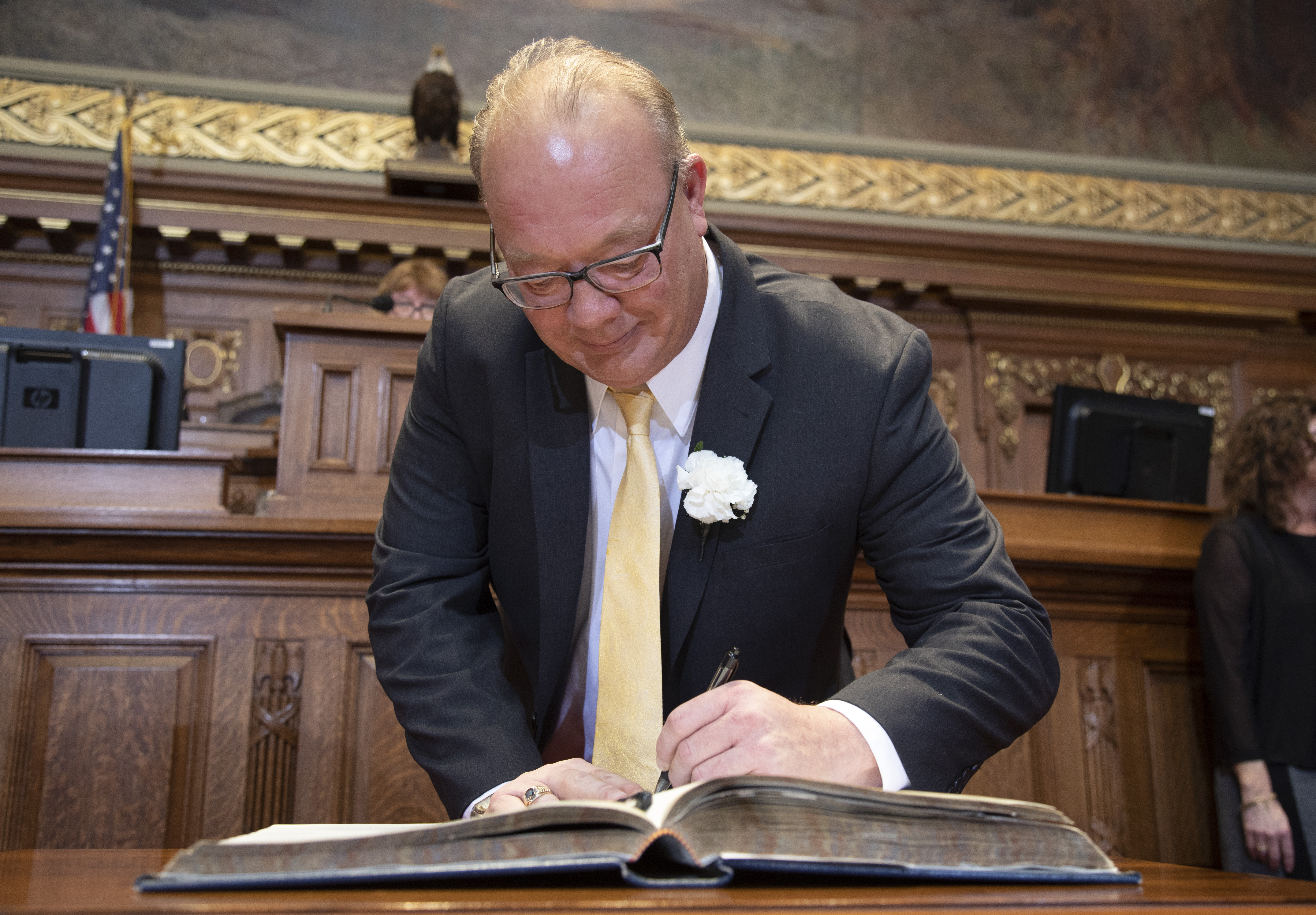 Rep. Novak Sworn In For Third Term in State Assembly

MADISON –Rep. Novak (Dodgeville) took the oath of office at a ceremony in the Assembly Chambers to begin his term in the 104th Wisconsin State Legislature. This is Rep. Novak’s third term in the State Assembly.

“I am grateful to once again be given the opportunity to represent the 51st Assembly District,” said Novak. “I was elected to represent a district with diverse political viewpoints and I look forward to being a leader on a number of bi-partisan initiatives as we enter the upcoming legislative session.”

“I believe each committee appointment I received addresses a vital need of Southwest Wisconsin,” said Novak. “I am thrilled to continue my work for another term.”

Rep. Novak’s office is located at 310 N at the Wisconsin State Capitol. He can be reached at (608) 237-9490 or by email at rep.novak@legis.wisconsin.gov. Additional information on Rep. Novak can be found at his website repnovak.com.