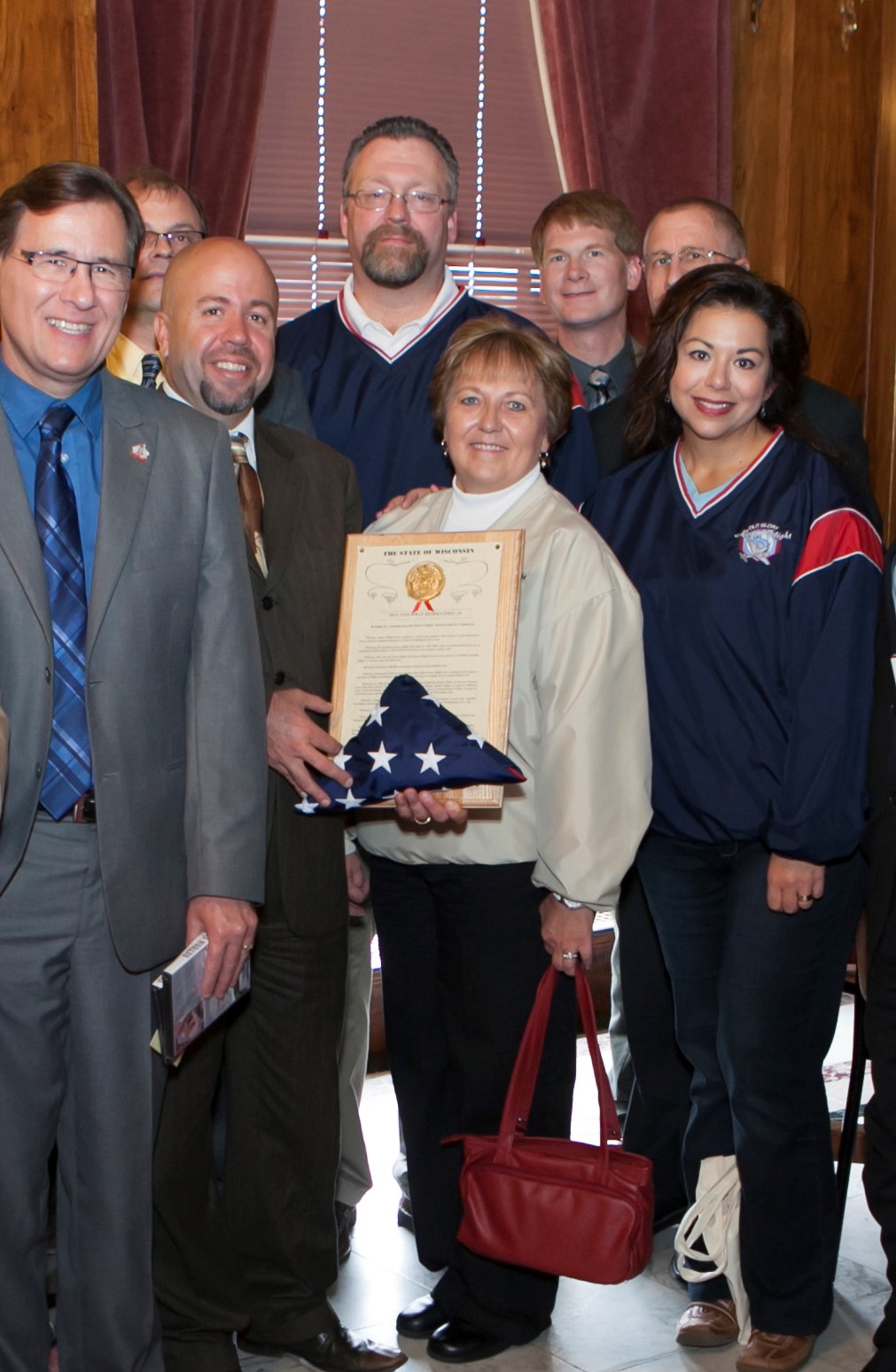 Besides debating legislation on issues affecting Wisconsin, as a State Representative I am privileged to honor people who selflessly go above and beyond the ordinary.  Men and women serving as Honor Flight Network volunteers were recognized October 15th in front of the entire State Assembly.

The Honor Flight Network was established in 2005 to transport veterans to their memorials in Washington D.C.  Beginning in Springfield Ohio with 1 plane transporting 12 World War II veterans, the network has expanded to 42 states.  Wisconsin’s Honor Flight Program began in 2008.  It has grown to 6 hubs around the state, including Old Glory Honor Flight based out of Appleton.

Dedicated volunteers devote countless hours to facilitate day trips to Washington D.C., where veterans from World War II and the Korean War visit the different memorials.  Ultimately, the Honor Flight Network plans to transition to Vietnam era and other veterans. For information on the Honor Flight Network, visit:  http://honorflight.org.

Veterans have gallantly served our country and have done so at the risk of their own well-being as well as their lives. I’m humbled to have participated in Assembly Resolution 18, thanking Honor Flight volunteers serving our cherished veterans.

To anyone who has donated their time or money, chaperoned a veteran to Washington D.C. or attended a homecoming …. Thank You.