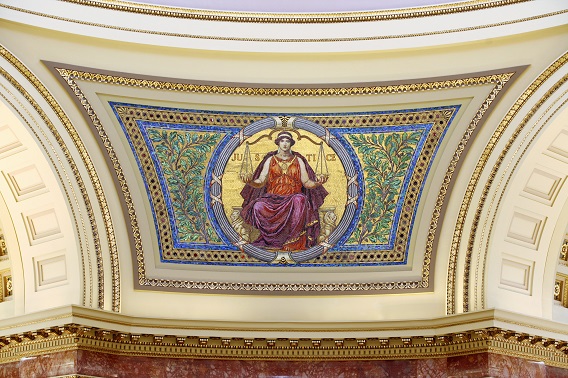 Although recent discussion has focused on criminal justice reform at the federal level, the majority of those jailed in the United States are incarcerated at the state level. State incarceration rates of sentenced criminals in 2016 showed Wisconsin had the second highest rate in the Midwest at 383 per 100,000 of population. (Minnesota – 191, Iowa – 286, Illinois – 341, Michigan – 414).

I’ve worked with my fellow Assembly Republicans on common sense reform initiatives to ensure those who commit crimes are held accountable, but at the same time improve various aspects of the state’s criminal justice system.

This includes funding to provide an additional 61 Assistant District Attorney (ADA) positions across the state along with increase pay for ADA’s and State Public Defenders. Ensuring adequate representation by public defenders as well as sufficiently staffing prosecutors will provide access to a speedy and fair trial as guaranteed by the 6th Amendment.

Currently, at $40 per hour, Wisconsin pays the lowest reimbursement rate in the nation for private attorneys appointed public defender cases. Our proposal will increase the hourly rate to $70. Furthermore, counties will receive increased funding for their court appointments, 75% of which are guardian ad litem cases providing representation for children.

Another aspect of the proposal addresses drug and alcohol addiction by expanding Treatment Alternative and Diversion (TAD) programs. Instead of prison, TAD directs non-violent offending drug or alcohol abusers into treatment programs they are required to complete, thereby addressing the addiction that generally caused their criminal activities.

These proposals are common sense reforms that stop the revolving door into our prison system while ensuring Wisconsin remains a safe place to work, raise a family, and retire.