Listening sessions provide citizens an opportunity to meet their representatives and share their thoughts on state government. 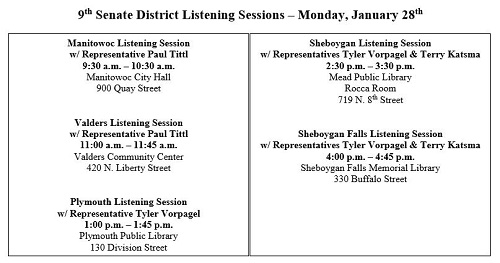