“I have represented victims of domestic violence and seen first-hand the effects domestic violence can have on the victims and their families,” said Rep. Tusler. “This bill, if passed, could save someone’s life at a critical moment.”

The bill, also known as the Uniform Recognition and Enforcement of Canadian Domestic Violence Protection Orders Act, allows law enforcement and Wisconsin courts to recognize and enforce domestic violence protection orders issued by Canadian Courts as if they were issued by a Wisconsin court. Under current law it is unclear whether courts and law enforcement would have the authority to recognize and otherwise enforce Canadian orders.

Four states (California, Delaware, Nevada and North Dakota) have already adopted the Act and one other state legislature (Rhode Island) has introduced the Act this year. The Act was finalized in 2015 by the Uniform Law Commission, a body that examines issues where uniformity in laws from state-to-state would be beneficial. Rep. Tusler was appointed to the body as a Commissioner for Wisconsin earlier this year.

“Canada currently recognizes protection orders issued by Wisconsin and American courts as a part of the Uniform Enforcement of Canadian Judgments and Decrees Act,” said Tusler. “I am glad that both this and my other bill regarding where a victim of domestic violence can file for a restraining order are bipartisan efforts.” Rep. Stuck (D – Appleton) is a co-author of Senate Bill 369.

The other bill, which will be formally introduced within the next two weeks, allows members of the criminal justice system who may also be victims of domestic violence themselves to file for a restraining order in a county other than the one they work or reside in.

A hearing on the Assembly version of Senate Bill 369 and the venue change bill will be in the next few weeks. Rep. Tusler is optimistic both bills will pass and be signed into law by the Governor.

A copy of Rep. Tusler’s testimony can be found on his website. 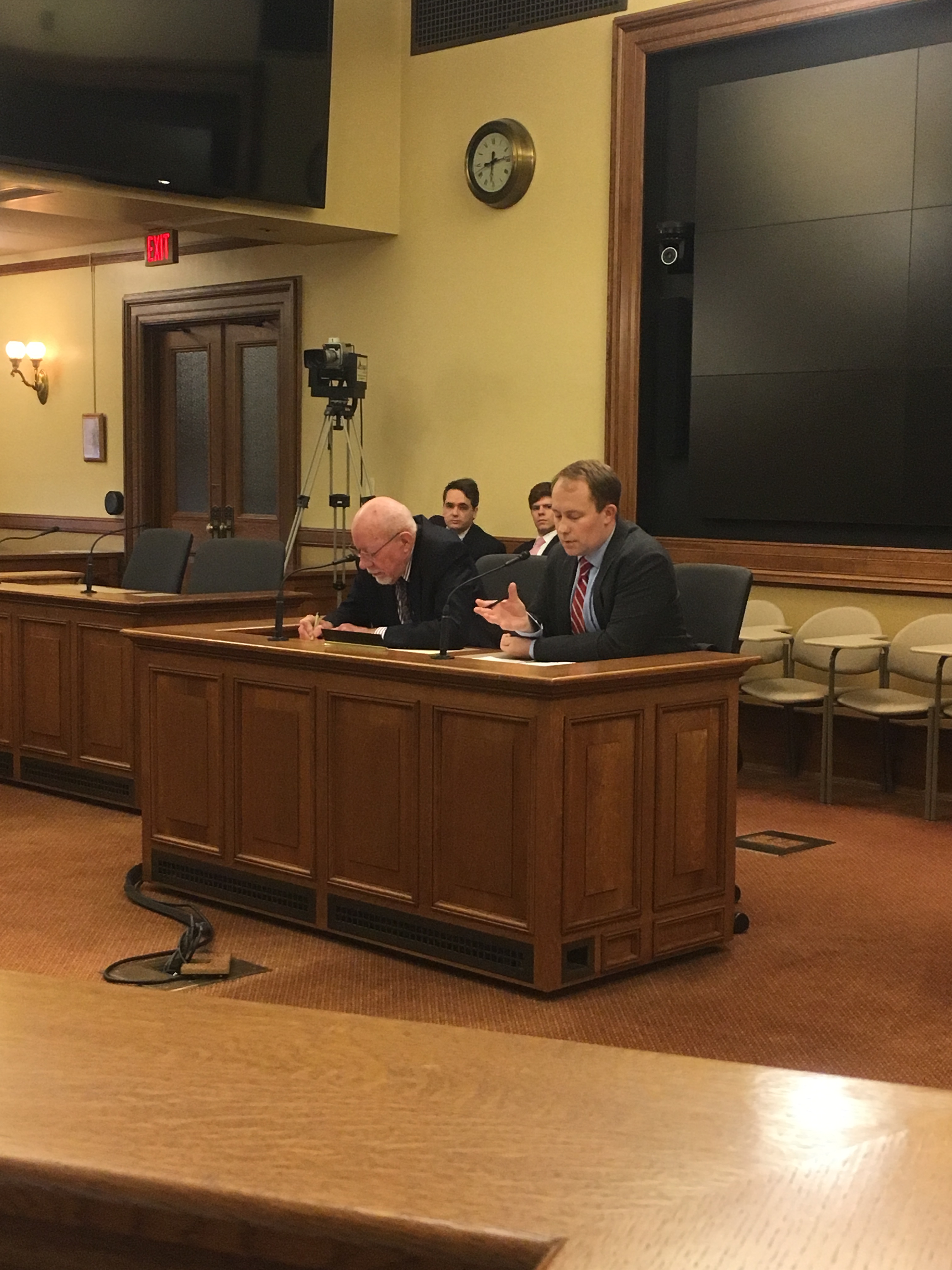