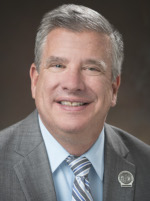 “Today it was announced that the 2020 rates on Wisconsin’s individual health insurance market will be 3.2 percent lower compared to 2019 rates. I am happy to see that the action taken by Republicans in Wisconsin is again paying dividends.”

Since being approved by the federal government, the Wisconsin Healthcare Stability Plan (WIHSP), consumers have seen consistent reductions in healthcare rates. Additionally, Molina Healthcare returned to the Wisconsin healthcare market. According to Molina, their decision was the result of Republican’s efforts to stabilize the health insurance market through the reinsurance waiver which was approved by the federal government.

“Wisconsin deserves better than Obamacare. I am happy to see that Governor Evers agrees, our actions have resulted in more affordable and accessible healthcare, without expanding welfare. I will continue to look for ways to expand access to the high-quality, affordable healthcare Wisconsin is known for.”