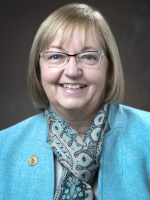 “Suicide is on the rise across the nation and Wisconsin is not immune to this trend. Farmers are among the greatest at risk with the highest rate of suicide of any occupation. As chair of the Speaker’s Task Force on Suicide Prevention, I’m glad to see the increased attention to this important and vital issue.

“However, it is not lost on me that the DATCP Secretary-designee has chosen to play a political game of keep-away with important information regarding the actual numbers of calls that come into the Farm Center and the demand for counseling vouchers, among other services provided.

“You can imagine my shock and disappointment when I took an interview today and was given statistics by the interviewer that I had requested from the department at an in-person meeting on July 2. In fact, my office has reached out three separate times this week to follow up with that request and just today was told it would be coming by the close of business.

“How is it that my Democratic colleagues on the Joint Finance Committee and members of the media were able to get that information, but the bi-partisan task force I chair was not?

“The more attention and focus paid to farmer suicide and suicide prevention efforts in general in Wisconsin is imperative. But I’d like to remind the Secretary-designee and the department that this is not a game. I hope they will be more forthcoming at our public hearing on Monday, July 29 in Marshfield where the task force will be addressing farmer suicide.”