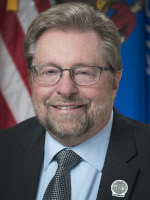 “I’m glad that we incorporated the perspectives of hard-working farmers and agricultural producers across the state in crafting these proposals and not Madison bureaucrats,” said Representative Gundrum. “Agriculture is not just part of our heritage, it is an economic engine that pumps over $100 billion annually into our economy. Farmers face unique challenges unlike any other industry. I am excited to collaborate with my colleagues from rural parts of the state and the farming community to identify areas where we can make long-term improvements.”

“I am grateful to address the challenges in the agricultural industry in a way that does not unnecessarily grow the size of government.”The bills are expected to be taken up by the full Assembly before the conclusion of the legislative session later this month.