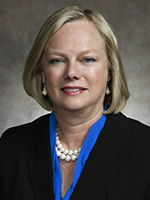 Representative Cindi Duchow (R-Delafield) is expressing great concern over the Governor’s recent partial veto of funding for the Local Road Improvement Program (LRIP) in the Wisconsin State Budget. The LRIP is operated by the Wisconsin Department of Transportation (DOT) and was established in 1991. It provides funding to local governments to improve seriously deteriorating county highways, town roads and city and village streets.

“Our local governments are in desperate need of funding to help fix their roads. Over and over again we heard the Governor talk about how he would fix the ‘damn’ roads, but this partial budget veto takes away funding that would have gone specifically to fix some of the worst roads in the state. His veto is disheartening and I feel for our local governments who will continue to face budget shortfalls. Governor Evers’ promise to fix the roads and his decision to veto local road funding is, simply put, irresponsible,” Duchow said.

The Legislative Republicans version of the budget tripled the LRIP aid to $90 million, more than the Governor’s original budget proposal. With the Governor’s partial veto, it allows the DOT to take $75 million that would have gone directly to the LRIP, as the Legislature intended, and instead prioritize which projects get funded.

“I fear that instead of the funding going to our local governments all across Wisconsin, the cities, towns and villages who have been requesting additional funds, and are in dire need, will be overlooked as the Governor potentially focuses on projects solely in Madison and Milwaukee,” Duchow said. “Rural areas, the cities and towns in the 99th District, and all across Wisconsin, are vital to Wisconsin’s economy. This action will hurt those all across the state as roads continue to deteriorate.”