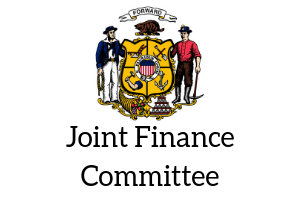 “Republicans, with the support of the Democrats on the Joint Committee on Finance, were able to override two of Governor Evers’ vetoes,'' said Rep. Nygren. “In recognition and acknowledgment of Governor Evers’ mistakes, Democrat members of the committee have put people before politics. I hope
the Governor starts doing the same.”

In the budget, Republicans provided $100,000 in suicide prevention funding to the Wisconsin United Coalition of Mutual Assistance Association. Governor Evers vetoed this allocation of money which has delayed this funding by over a year. The motion, which passed unanimously, overrides the Governor’s veto. The motion also releases the funding immediately and puts an end to Governor Evers’ efforts to delay the funding of suicide prevention programs.

Additionally, Democrats supported a Republican motion that overrides Governor Evers’ veto of a rural dentistry scholarship program. This action will help expand access to dentistry in underserved areas that are in dire need of dental services.

“I’m happy to see my Democrat colleagues on the Committee joined us in overriding Governor Evers’ vetoes. Thank you for recognizing that the Governor made a mistake.”