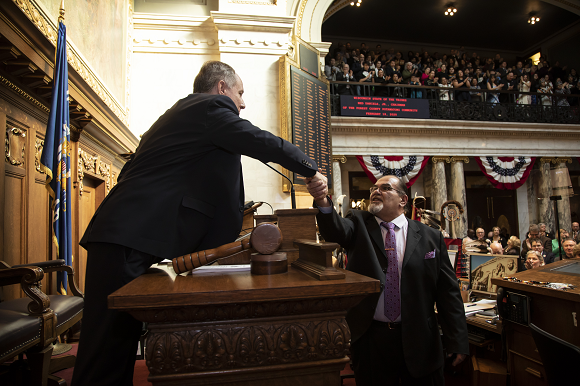 Statement: State of the Tribes Address

Speaker Robin Vos (R-Rochester) released the following statement after the 16th Annual State of the Tribes address given by Chairman Ned Daniels, Jr. of the Forest County Potawatomi Community.

“I would like to thank Chairman Daniels for his speech that highlighted our shared challenges, including human trafficking, the opioid epidemic, broadband access and the workforce shortage. He also acknowledged the progress that has been made in many areas. I appreciate that he specifically mentioned the HOPE Agenda and the Speaker’s Task Force on Water Quality. It’s through increased communications and an understanding of our mutual concerns that we can better address the issues together.”

The State of the Tribes address began in 2005. This was the first time a Chairman from the Potawatomi has delivered the speech. Constitutional officers, members of the state Supreme Court and Senate were invited to attend. A public reception followed the annual address.