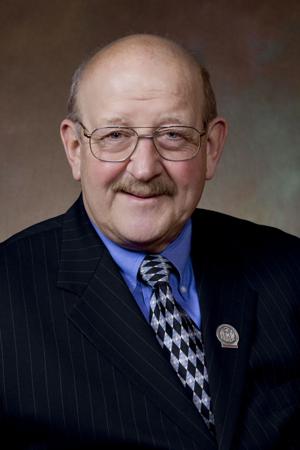 Speaker Robin Vos (R-Rochester) released the following statement on the passing of former Wisconsin State Representative Ed Brooks (R-Town of Reedsburg). He was a lifelong dairy farmer and a town chairman for more than three decades. Brooks retired from the Assembly in January after serving the 50th Assembly District for 10 years.

“On behalf of the Wisconsin State Assembly, I would like to send heartfelt condolences and prayers to Ed’s wife Barb and the entire Brooks family. His death has brought widespread sadness to the legislature, especially to the Assembly Republican caucus.

“Ed was a true statesman who was genuine and kind.  His wonderful sense of humor and passion for life made a lasting impact on everyone who knew him. He will be sorely missed as a colleague and friend.

“As a state representative, Ed worked tirelessly for his district and rural Wisconsin. He was a founding member of the Rural Wisconsin Initiative, a coordinated effort by rural legislators to promote and pass legislation to improve the lives of rural Wisconsin families. Ed worked across the aisle and served his community with great enthusiasm. His long list of accomplishments include his work to help veterans and address health care and local government concerns. Ed Brooks made Wisconsin a better state.”