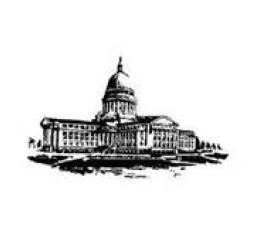 “Instead of listening to the resounding outcry from the people of the state, Governor Evers is now making it harder to reopen Wisconsin. He claims to be following the CDC guidelines, but instead is expanding on them, saying we need to hire 1000 new contract tracers when positive cases aren’t significantly increasing. The governor also wants to postpone reopening until we increase testing when we are currently using only around 20% of our testing capacity. These are not criteria for reopening, they’re roadblocks.

“While DHS reports that 60% of counties have fewer than 10 cases, and 10% have none, Governor Evers is doubling down on his plan to keep the entire state locked down until after Memorial Day, well past every state in the region.

“We continue to call on the governor to retreat from his one-size-fits-all approach and allow the state to safely open up regionally so people can get back to work. Wisconsin is a diverse state; obviously, the Northwoods can’t be treated like Dane and Milwaukee counties. Using the CDC guidelines, it appears portions of the state would be only days away from the first phase of reopening.

“Wisconsinites need certainty during these uncertain times. As we have seen too often throughout the pandemic, the governor says something one day and the opposite the next. That is why we can’t afford to withdraw our impending legal action. Too much is at stake. It’s clear one person shouldn’t be allowed to unilaterally rule over businesses, families and the state’s future.”