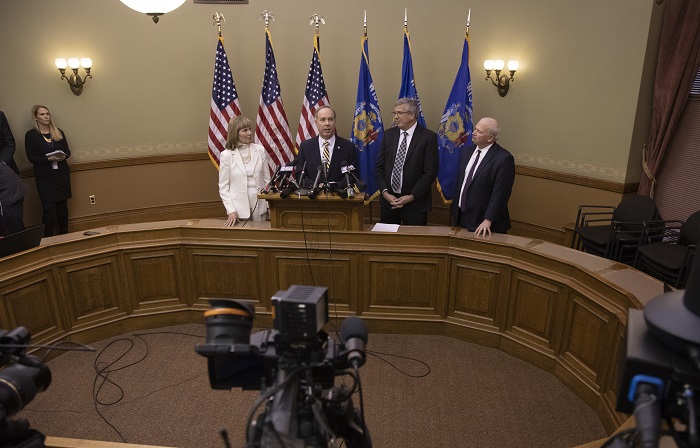 “To say that I’m disappointed with Governor Evers’ budget request would be an understatement. The governor claims he wants to find common ground but then puts forth divisive proposals that Republicans would never support like expanding welfare programs and raising taxes.

“Wisconsin has a record amount of new money coming into the state and a surplus from the current budget. The problem isn’t that the state doesn’t have the revenue. The problem with Governor Evers’ budget is that it spends too much. It spends way more than Wisconsin can afford. It increases spending by $6 billion and raises property taxes to the highest level in nearly a decade. This is clearly a budget that is not based on the reality that Wisconsin families see every day. It’s a liberal wish list.

“Republican lawmakers will now review the proposal, get input from our constituents and put forward a budget that reflects the priorities of all of Wisconsin.”