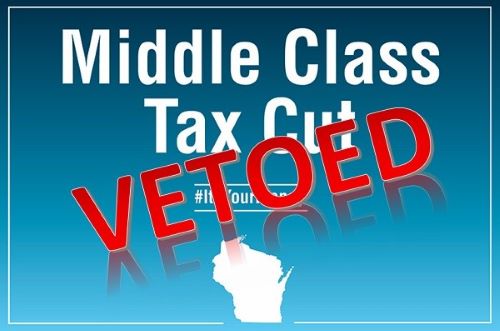 Speaker Robin Vos (R-Rochester) released the following statement after Governor Evers vetoed AB 4, the Middle Class Tax Cut. The legislation would have provided $340 million per year in tax relief. A typical family would have enjoyed $300 more in tax relief.

“I expected more from someone whose first speech included a promise to work together. Today’s veto proves those words are hollow. We used the governor’s campaign idea of a middle class tax cut and the GOP surplus to deliver tax relief to Wisconsin families.

“Unfortunately, Governor Evers is starting to show his true colors. Only a Madison liberal would believe the only way to cut taxes is to raise taxes on others. He’s simply playing politics with middle class pocketbooks.

“Even with this divisive action today, Assembly Republicans will continue to bring people together and hopefully, Governor Evers will start working with both sides to solve the problems of the state.”