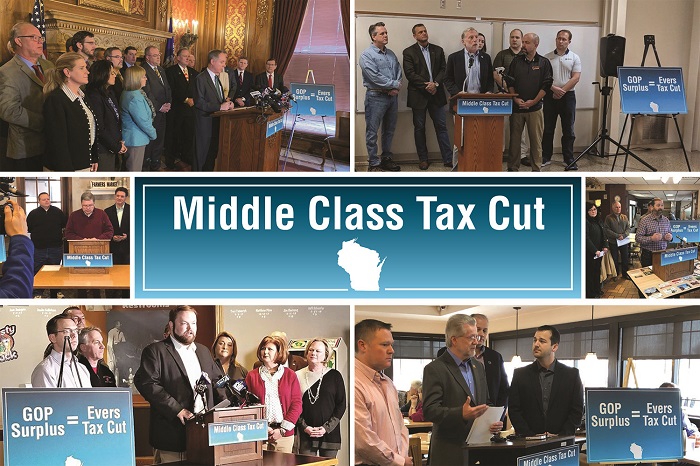 “The hardworking people of Wisconsin deserve a tax break. Our state is in a great place economically thanks to eight years of sound fiscal planning by Republicans. There is no reason not to return the GOP surplus to the people who paid it.

“We know that Governor Evers promised a middle class tax cut. Together, we can accomplish this bipartisan priority without raising taxes on anyone.”

Speaker Vos is a co-author of this bill, along with Majority Leader Jim Steineke, Representative John Nygren, Representative John Macco, Senator Scott Fitzgerald and Senator Alberta Darling. The bill reduces taxes by increasing the standard deduction. It is intended to take effect in 2020.