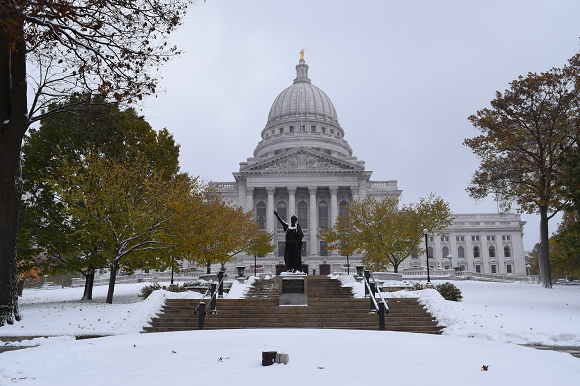 A package of eight bills to help address the issue of suicide in Wisconsin is moving forward. The bills were developed from the recommendations of the bipartisan Speaker’s Task Force on Suicide Prevention that held public hearings around the state over the summer.

“I’m proud of the work of the bipartisan task force,” said Speaker Vos. “We’re setting an example that a great deal can be accomplished when you put politics aside.”

The package of bills included the creation of a Statewide Suicide Prevention Director to help coordinate prevention services, grants for peer support groups in schools, new training grants, and the requirement for schools to place the suicide hotline number on student IDs.

The American Foundation for Suicide Prevention says one person dies by suicide every nine hours in Wisconsin. According to the Wisconsin Department of Public Health, this past year 887 Wisconsinites died by suicide. The state is currently seeing historically high rates of male and youth suicide and increased rates in rural and western Wisconsin.

“While we know this serious problem may never be solved, it’s my hope these bills can make a difference and save a life,” said Speaker Vos.

The package of suicide prevention bills now moves to the Senate for consideration.

The Assembly also made three veto override attempts to invest in mental health services for rural areas and vulnerable populations in the state. Democrats did not join Republicans in supporting funding for a Northern Wisconsin Regional Crisis Center, increasing Medicaid reimbursement rates for mental health services and funding for qualified treatment training grants. The override attempts failed to get the necessary two-thirds vote of the chamber to override the veto.

“Democrats had a chance to correct Governor Evers’ mistake in the state budget,” said Speaker Vos. “At the end of the day, I’m pleased with the bipartisan work of the task force and that we’re moving forward on these eight bills.”